You are here:
Get a free price quote

We service York Region with our offices and mobile signing service.  For a list of our Meeting location, document drop off and & key pick up please visit https://www.realestatelawyers.ca/contactus

Locations & Mobile Signing Across Ontario To Serve You Better!

We have convenient locations througout Ontario including multiple locations in Toronto, Markham, Unionville, Mississauga, Oakville, Scarborough, North York, Hamilton, London, Vaughan and Ottawa for you to drop off and pick up documentation & keys.

The Regional Municipality of York, also called York Region, is a regional municipality in Southern Ontario, Canada, between Lake Simcoe and Toronto. It replaced the former York County in 1971, and is part of the Greater Toronto Area and the inner ring of the Golden Horseshoe. The regional government is headquartered in Newmarket.

York Region covers 1,762 square kilometres from Lake Simcoe in the north to the city of Toronto in the south. Its eastern border is shared with Durham Region, to the west is Peel Region, and Simcoe County is to the northwest. A map of the regionshowing its major roads and communities is available.

Towns and cities in York Region include:

There is also one First Nation with an Indian reserve, where the Chippewas of Georgina Island First Nation reside.

York Region's landscape includes farmlands, wetlands and kettle lakes, the Oak Ridges Moraine and over 2,070 hectares of regional forest, in addition to the built-up areas of its municipalities. 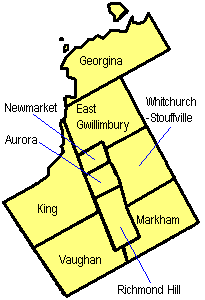 Email Us [email protected]
of your page -->

Get Your FREE Price Quote Now

To Hire Us, send your Agreement of Purchase and Sale to [email protected] or by toll free fax 1-855-466-3803.  Click here to select your transaction and the next steps...

Mobile Signing - We Come To You!

Real Estate Lawyers.ca LLP (also known as Parnes Rothman LLP) has offices across Ontario to serve you better. We are one law firm and are not affiliated with any other law firms.  ...
read more

Hiring Real Estate Lawyers.ca LLP (also known as Parnes Rothman LLP) has never been easier.  Simply click the Hire Us button on any of our pages and follow the steps!  We are ...
read more

Find Our Offices Closest to You
Hire RealEstateLawyers.ca LLP Now